The signing ceremony, held at the Presidential Palace in Nicosia, was attended by the Ministers and technical advisors of Cyprus and Israel, and was joined by the Minister of Energy and Environment of Greece by videoconference.

Also present were senior officials of the Government of Cyprus, the Chairman of the Cyprus Energy Regulator Authority Dr Andreas Poullikkas, the Director of the Cyprus Transmission System Operator Mr Stavros Stavrinos, the Director-General of the Ministry of Energy Mr Marios Panayides, the Chairman of the EuroAsia Interconnector Strategic Council and former Cyprus Foreign Minister Dr Ioannis Kasoulides, ambassadors and other officials. 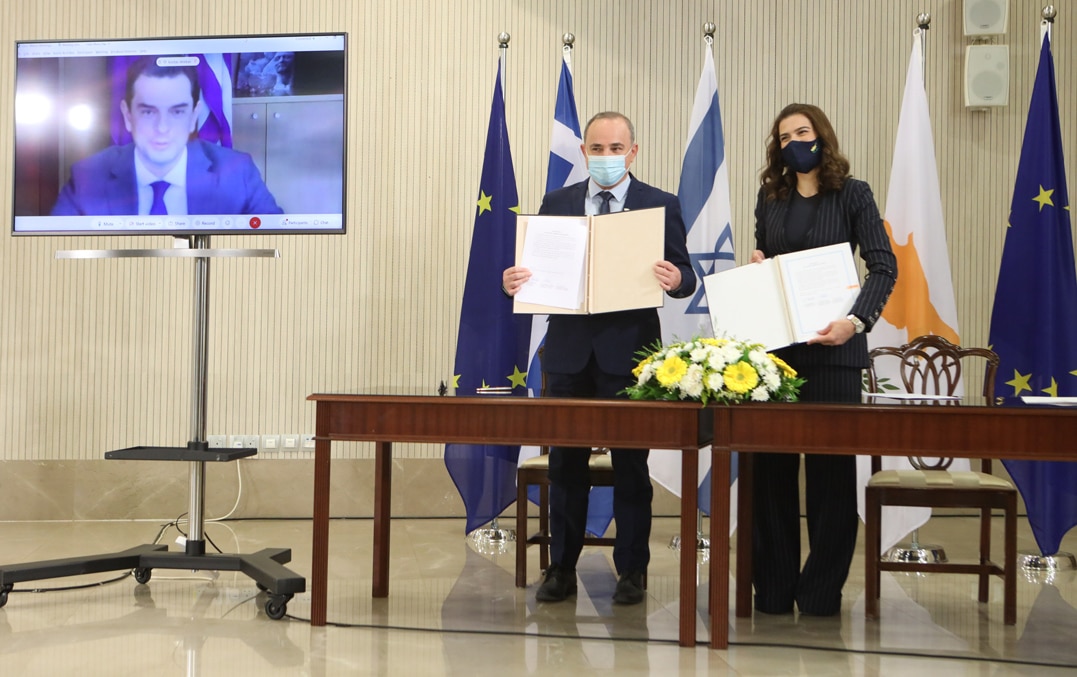 In a joint statement, the three ministers said:

“The three Ministries, in recognising the high level of trilateral cooperation in the field of energy between Cyprus, Israel and Greece, view the EuroAsia Interconnector, an EU Project of Common Interest, as a major step forward for providing the necessary synergies that will facilitate the integration of additional renewable energy sources in their respective electricity and primary energy supply mixes, thereby enhancing the ability of the three countries to meet their commitments under the Paris Agreement on Climate Change.

“In this context, the Ministers agree to promote cooperation to examine the possibility of planning, as well as the potential development and implementation of the Project. Inter alia, such cooperation will involve facilitating the timely granting of necessary permits and approvals, the discussions and coordination between electricity regulatory authorities and Electricity Transmission System Operators, the harmonisation of their respective technical standards and examining ways and means of ensuring the safety, security, sustainability, resilience and reliability of the electricity interconnector cable.

“To review and monitor the implementation of the MoU, periodic meetings will be held by the Ministers or their representatives.”

In her welcoming speech at the ceremony, as host Minister of Energy of Cyprus, Ms Natasa Pilides said:

“Τhis event marks another important milestone in the joint efforts of our three countries to promote regional cooperation in the field of energy. Indicating the strong bonds between our people and building on the work done by our governments over the past few years, especially during the trilateral summits of our Heads of State, the MoU that we sign today enhances further the cooperation between Cyprus, Israel and Greece in supporting the planning, development and implementation of the EuroAsia Interconnector, as an additional element of the emerging Eastern Mediterranean Energy Corridor.

“The Project is a cornerstone of our efforts to transition to a green economy and to fully align economic growth with environmental protection.

“For Cyprus in particular, the EuroAsia Interconnector will constitute a decisive step towards ending the island’s energy isolation and, consequently, our dependence on heavy fuels. This isolation has been a major hindrance to our economy’s overall competitiveness and we are now working hard to promote, in parallel, several different solutions.

“The EuroAsia Interconnector Project, of course, as a 2,000 MW electricity highway running through Israel, Cyprus and Greece, the first phase of which is expected to be operational within 2025, will not only connect our island with the energy grids of Asia and Europe, but will also contribute to the completion of the European Internal Market. As such, it is acknowledged by the European Commission as a key Project of Common Interest and eligible for financing from the “Connecting Europe Facility”.

“The three countries signing today’s MoU, have come to the common understanding that we need to cooperate in facilitating the timely granting of permits and approvals needed for carrying out feasibility studies, as well as the discussions and coordination between our national electricity regulatory authorities and Transmission System Operators.

“Cyprus, Israel and Greece have so much to gain from the implementation of the EuroAsia Interconnector Project. Fortifying our electricity grids and allowing the further integration of RES, enhancing our security of energy supply and becoming exporters of energy, are but a few of the tangible benefits, which we hope to harness in the most efficient way possible through today’s MoU.”

We welcome the dedication and commitment that Minister Pilides has shown towards the EuroAsia Interconnector from the first day she took office, continuing and building on the work achieved by her predecessors and the technical teams at the Cyprus Ministry of Energy, Commerce and Industry.

Also, Mr Skrekas and Dr Steinitz for the timely and strong support from the governments of Greece and Israel, as well as the three Heads of State – President Nicos Anastasiades, Prime Minister Benjamin Netanyahu and Prime Minister Kyriakos Mitsotakis – who have realised the importance of implementing the flagship European Union project. 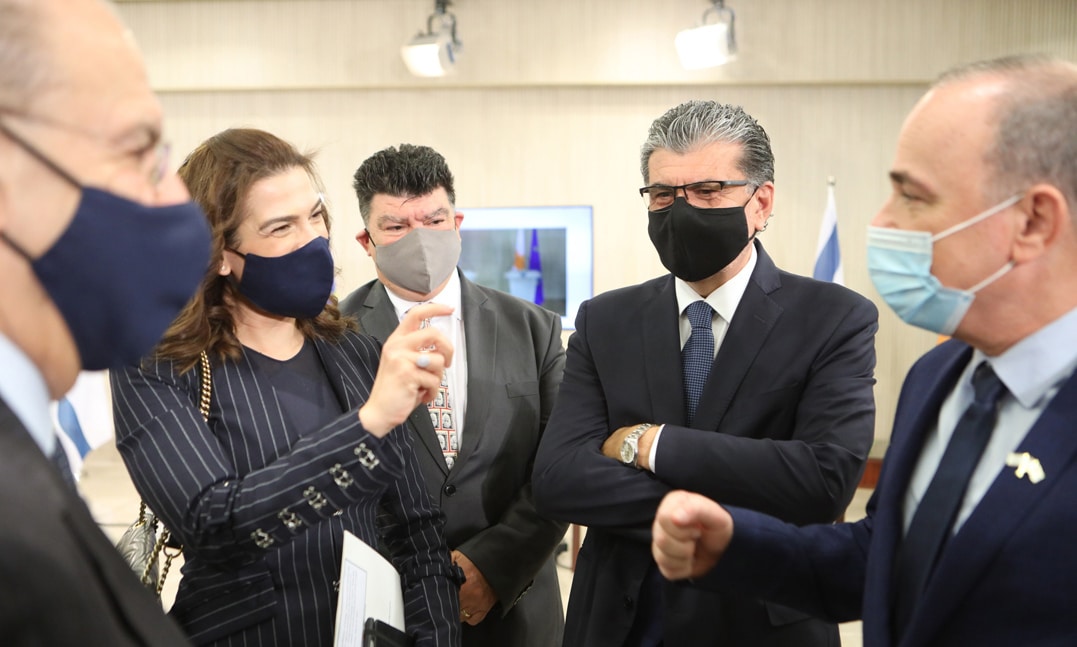