Nicosia, February 23, 2017 – The European Commission has announced its full backing for the EuroAsia Interconnector, the biggest electricity infrastructure project in Europe, by providing financial support for the final pre-works study. 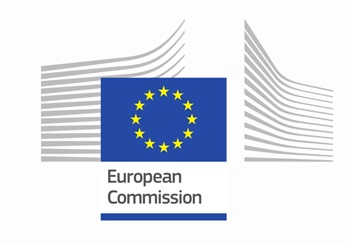 EuroAsia Interconnector, the project promoter of the Israel-Cyprus-Crete-Attica electricity interconnector, welcomed the decision taken by the EU member states to agree on 17 February, 2017 to the Commission’s proposal to invest €444 million in 18 priority European energy infrastructure projects .

The EuroAsia Interconnector is one of the seven selected electricity projects that have received funding and the only North-South electricity interconnection in the Central Eastern and South Eastern Europe Priority Corridor (NSI East Electricity). The project will contribute to achieving the Energy Union’s goals of connecting European energy networks, increasing security of energy supply, and contributing to the sustainable development by integrating renewable energy sources across the EU.

The EuroAsia Interconnector is a European Union Project of Common Interest (PCI) and has been approved to receive €14.5 million for the Final Detailed Studies Prior to Project Implementation.

Pre-construction works will commence in 2017 and the completion of the first 1,000MW interconnection between Israel – Cyprus – Greece will take place in 2022.

Enjoying the unwavering support of the governments of Cyprus, Greece and Israel, the project promoter is continuing unabated with the timely implementation of the EuroAsia Interconnector in accordance to the agreed schedules for all three steps of the 1520 km ‘electricity highway’.

Under the Connecting Europe Facility, a total of €5.35 billion has been allocated to trans-European energy infrastructure for the period 2014-2020, according to the European Commission. In order to be eligible for a grant, a proposal has to be a ‘project of common interest’ (PCI).

The EuroAsia Interconnector is part of European Union’s energy policy and receives positive evaluation due its contribution to energy targets.

The EuroAsia Interconnector creates the ‘electricity highway’ from Israel-Cyprus-Crete-Greece (Europe) through which the European Union can securely be supplied with electricity produced by the gas reserves in Cyprus and Israel, as well as from the available Renewable Energy Sources, contributing at the same time to the completion of the European Internal market and achieving the EU target for 10% of electricity interconnection between Member States.

The Interconnector also ensures the security of energy supply of the three countries and of the EU system altogether, through the integration of the isolated small systems of Cyprus and Crete with the Israeli and European Network and the uninterrupted – multidirectional flow of energy.

The EuroAsia Interconnector promotes the substantial development of the Renewable Energy Sources and contributes to the reduction of the CO2 emissions.

The Interconnector contributes significant economic and geopolitical benefits to the involved countries and provides significant socio-economic benefits in the range of €10 billion.

The leaders of the Governments of Cyprus, Greece and Israel re-affirmed during the historic Tripartite Meeting on January 28, 2016 in Nicosia and again on December 8, 2016 in Jerusalem their full support towards the timely implementation of EuroAsia Interconnector.

List of all projects receiving EU support under the current call
February 17, 2017